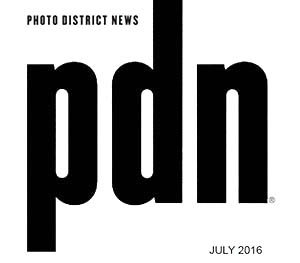 SHOOT : PORTRAIT OF A FILM FESTIVAL

For the past 30 years, Pamela Gentile has been photographing the San Francisco International Film Festival. Her relationship with the festival began when she and a boyfriend, both film students, got themselves an assignment to cover it as press—he wrote the story and Gentile took the pictures, allowing them unrestricted access to the films and directors. Deep into studying auteur theory, Gentile wanted to meet all the directors, famous and obscure, and photographing them was a great excuse to say hello. “I was obsessed with the idea that the director was the creator behind the film, and I was so excited to talk them,” she tells PDN. Her ability to connect with her subjects about film gave her pictures an edge, and when she showed them to the festival’s directors, she was invited back the following year. She’s photographed the festival every year since then, and even carved out a bit of a niche, photographing the Telluride Film Festival, the Abu Dhabi Film Festival, and the San Francisco Silent Film Festival, among others.

At SFIFF, Gentile has made portraits of stars ranging from Akira Kurosawa to Clint Eastwood, from Werner Herzog to Robert Redford, among many others. When she started out, Gentile would attempt to take every director somewhere for a portrait, “in the theater, outside the theater, in the alley, it didn’t matter as long as it was something different from the microphone photo,” says Gentile. The festival organizers noticed, and sometimes were able to offer her a temporary studio where she could spend a few quiet minutes with her subjects. “It was a very small room, but I had a backdrop and lights,” she says. At The Kabuki, she had space in a projection booth; at The Castro, her space turned out to be the candy room, where the extra Junior Mints are stored. “So when Spike Lee got the directing award, I got to photograph him in this really tiny room with a lot of candy in it and a sticky floor,” says Gentile. “Francis Ford Coppola was [photographed] in the candy room.” Shooting in the same small space might seem like a recipe similar-looking photos, but Gentile says that in the long run, her images are a collaboration with her subject. “So if we’re making [the photo] together, it’s not going to be something I’ve done before.” Ideally, “something is allowed to open up and happen.”

In addition to portraits of filmmakers and actors, Gentile has built a noirish body of work depicting the atmosphere of the festival, shot during screenings and events or in the odd moments in between. Working quietly in near darkness presents challenges. “The easiest way to solve that would be [to use] a tripod, but I don’t really work that way,” says Gentile. Instead, she says, “I’m looking for ways to stabilize myself, looking for things to set my camera on in the dark,” while trying not to disturb the audience.

Next year will be SFIFF’s 60th anniversary—it’s the longest running film festival in America—and a show of Gentile’s work from the festival, titled “Atmosphere,” will be shown at the San Francisco International Airport. Meanwhile, the 59th San Francisco International Film Festival opens April 21 and runs until May 5, and Gentile will be there. Highlights include Indignation, James Schamus’s adaptation of a Philip Roth novel, and The Bandit, a documentary about the making of Smokey and the Bandit. In her own work, “In some ways I wanted to make a movie about the festival,” Gentile tells PDN. “I wanted to make pictures that look like something I’ve seen onscreen.” —Rebecca Robertson